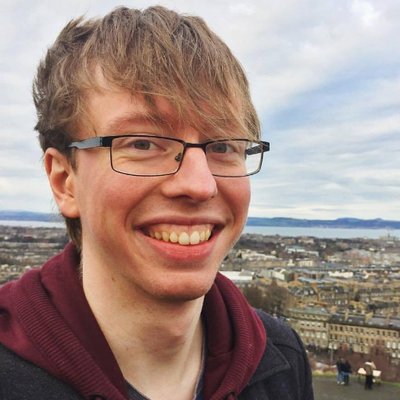 NovelGens takes the latest and greatest text- and image-generation AI advancements and combines them into an easy-to-use creature-generating package — and then gives each generated creature away, for free, for other authors to own.

Ownership is meant in a very literal sense. By claiming a creature as your own, the site provides you with the full legal rights to use, remix, sell, and resell that creature's likeness (name, description, and images) in your own works of fiction and creative projects.

Simply put, NovelGens augments your creativity by providing an endless stream of ideas for you to claim and use as your own.

NovelGens is built to provide you with stimulating, unique life to seed into your fictional worlds. Simply claim the creatures that interest you and you'll build a diverse list to refer back to whenever you need it.

Don't have the inspiration to write?

Browse through creatures until something piques your interest! Favorite creatures you want to come back to later or claim everything you're interested in so you can always have a bestiary at the ready.

Unlike other inspo sites, the legal rights to use whatever just inspired you is only a single button press away here.

A new revenue stream for writers?

There's a lot to be said about the current state of "making it" as a writer. In short, it's incredibly difficult to make a living from writing and the vast majority don't succeed. The Authors Guild reported that the median author income in 2017 was just $6,080 — and falling year over year.

Right now, there are a limited number of revenue streams available to authors (and they're all very competitive): sales, publishing advances, partnerships, freelance work, and ghostwriting are some of the most common.

What I'm envisioning for NovelGens might amount to pennies on the dollar compared to other income streams, but a penny saved is a penny earned... maybe it's worth trying to add a few more ways for writers and storytellers to get paid for their work.

Claiming and trading a creature is currently free on NovelGens. When you claim a creature, you're claiming the rights to use it as if it were any other brilliant thought in your mind. Eventually, I want to open up trading between users and allow those who've written popular or well-liked stories about these creatures to sell their ownership to others.

In a best-case example, let's say Howard is really great at telling horror stories. He claims a creature and starts writing short stories about it, laying the groundwork for a cult following. As his work — and, therefore, the creature, too — becomes more popular, Howard might be able to eventually sell his rights to use that creature to other promising authors looking to continue its legacy with new stories, who could then expand the creature's canon with their own stories and eventually sell the rights again... and so on.

Things get even more interesting with shared ownerships.

You'll notice most of the creatures on NovelGens aren't limited to just one owner. In fact, I have no idea how many owners would be best for maintaining or increasing the value of a creature over time, so I've implemented rarities to experiment with different group sizes.

Shared ownerships function functionally the same as a traditional solo ownership, but with one major change: it's not just you working to drive a creature's trade value up over time. One of your creatures' other owners might write something popular that then benefits you, or vice versa! With a group of people sharing a common interest, it will be interesting to see what happens.

And, I guess, that's the whole point of NovelGens — I don't know what'll happen with it, but I'm excited to find out!

There's a long road ahead, but the site is set up to run on its own for as long as there is interest. Every day, a new creature will be generated and released — and will be freely available to claim for any users that claim it fast enough!

I'll make sure the site continues to generate creatures throughout the entirety of 2022, starting on January 1. I don't know if I'll continue generating more after that; we'll have to wait and see how things look a year from now. Regardless of what happens with this experiment, the creatures you claim for free today are yours to keep forever — unless you decide to sell them!